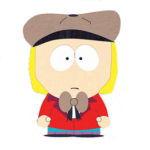 I’ve been physically incapable of work since I was in my early twenties. Obviously I’d have far far preferred to be healthy and earning money, but you need to feed and clothe yourself and I’ve always had health related expenses too, so since then I’ve had no choice but to claim state benefits. I’m hardly proud of this, but I am very grateful as they’ve enabled me to live independently.

The benefits I have been receiving are: Employment Support Allowance (ESA) which anyone on little or no income can claim for, and Disability Living Allowance (DLA) which is awarded based on an assessment of your capabilities.

In 2013 the government announced that DLA was being replaced by the ‘Personal Independence Payment’ (PIP) and all existing claimants of DLA would be reassessed. Understandably it has taken time to reassess people so it wasn’t until April this year that I was asked to apply for PIP.

The application form is long and detailed and takes a few hours to fill in. It asks about your ability to perform various tasks, such as preparing a meal, washing, communicating, and for details about your mobility and ability to manage money. It also requires additional materials, such as letters from your doctors.

About two weeks after I returned my form I received a letter from the Department for Work and Pensions (DWP) saying I hadn’t responded to their request for further information, so my DLA payments would be stopped. This was very odd because they hadn’t asked me for further information. I rang their helpline, to be told my form hadn’t been registered as received, ‘but it may turn up somewhere in our office’. A few days later a case manager rang to tell me they hadn’t received my form, and it was my responsibility to ensure they received my application. She asked if it was sent by recorded delivery. A pre-paid envelope comes with the form, so why would you send it by recorded delivery?! The manager said my form must have been lost in the post, which is possible. However I have heard numerous other reports of missing PIP forms, so it’s also possible the DWP lost it. As a result my DLA payments were stopped and I had to complete a new application form, which took two weeks to arrive.

I returned my new form …recorded delivery. A few weeks later I was given a date for an interview. Unfortunately the day before the interview it had to be cancelled as the interviewer was unwell (which had a touch of irony about it!) It was rescheduled a month later. As it’s difficult for me to travel it took place in my home. The gentleman who visited was a former army nurse, who was friendly and easy to deal with. The first thing he asked for was identification. They’ll accept various forms of ID but prefer something with a photo, I used my disabled parking badge. The questions he asked were very similar to those on the form, so it felt rather repetitive. He took notes on a laptop all through the interview, which lasted about 90 minutes. It ended with a brief physical exam.

A few weeks after the interview I was given their decision. You are awarded points for each section. To receive the enhanced rate of PIP you need to score 12 points or more. I scored 21 points. I was surprised by a couple of my scores, I thought they were too low. No reasoning is given, but as I passed I decided not to make an issue of it!

The whole application took about 6 months. I lived without DLA payments for roughly 4 months. I received a back-dated payment when my PIP application was successful, but that didn’t help me get through those 4 months when my already low income had halved.

Overall I found the application process was more stringent than claiming for DLA. For example, the mobility test for the enhanced rate of PIP is being unable to walk 20 metres, for DLA it was 50 metres. As a consequence many disabled people are facing big changes to their lives, ‘Between 400 and 500 adapted cars, powered wheelchairs, and scooters are being taken away from disabled people every week’. (ref)

Another obvious change is assessment interviews for DLA were only carried out by doctors, whereas for PIP a nurse or paramedic are permitted. Nurses have helped me enormously over the years so I don’t wish to criticise them. However they don’t have the depth of knowledge of a doctor. So I fear this change could lead to mistakes in judgements, particularly with a complex fluctuating condition like EDS. At the last count 60% of appeals against PIP judgements were successful. So clearly mistakes are being made, with life changing consequences for the claimant.

Now I’ve been through the whole application process I also have to wonder if mandatory reassessment of every person receiving DLA is worthwhile. A few years ago I was awarded DLA indefinitely as there was no prospect of my health significantly improving. A simple exchange of letters with my doctors would have confirmed that’s still the case, which would have saved the expense of fully reassessing me and avoided the disruption to my life. Still, I remain very grateful for the money I receive. Due to my health problems my quality of life is very low, but without benefits it would be noticeably worse. So thank you. 🙂

If you’re about to apply for PIP here are a few suggestions:

1, Draft your answers before writing them on the form. If you’re having difficulties with your answers you can get free advice from your local Citizen’s Advice Bureau.

2, Once completed, photocopy your form in case it gets lost.

3, Post the form recorded delivery well before the deadline date.

4, If you’re concerned about the interview you are allowed to have a friend or advocate attend with you.

5, In one survey 40% of people said the PIP assessment centre they visited didn’t have disabled access. Perhaps phone first to ensure they have the facilities you need.

6, Ask if you can record the interview (a smartphone can be used for this). It might be helpful if you need to dispute the result of your application. 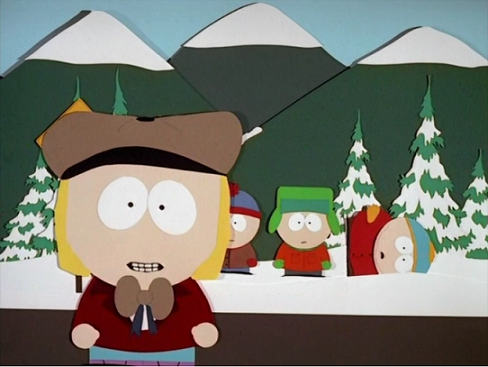 This is Pip from South Park. He has no relevance to this blog post. 🙂