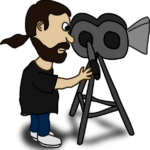 Hello again! Firstly, I’m really sorry I haven’t posted anything for so long. I have limited spare time and energy and I’ve been concentrating on a different EDS project instead. Hopefully you’ll agree it was worth taking a break for.

About 18 months ago I wrote a blog post titled ‘Could Nutrition Supplements Improve the Symptoms of EDS?’ I had gathered together all the research I could find on the topic, and I sent a link to the article to several doctors, including Professor Qasim Aziz, a neurogastroenterologist at the Royal London Hospital. I was under the care of Professor Aziz about eight years ago when I became unable to eat food. I was in The Royal London Hospital for several months and he arranged for me to have a PEG tube surgically placed into my stomach. Two years later Professor Aziz also referred me for parenteral nutrition when my weight had fallen dangerously low. So he has helped me twice through really low patches in my health.

Professor Aziz replied to my email to tell me he had observed many patients with EDS improve after making certain changes to their nutrition. He wanted to do a clinical research study to test the process but lacked funding. I was rather shocked to hear about patients improving due to nutrition. Although I found the theory very persuasive, to hear it was working in practise was amazing. Unfortunately it’s normal to only hear about EDS patients gradually declining, as I have myself. So it was really frustrating to also hear the research had stalled due to a lack of funds.

I was very motivated to help but had no experience of fundraising, so I challenged my father to raise the money. My Dad had a long career in Whitehall and has since worked in the private sector. He met with Professor Aziz to discuss the project, and then formed a fundraising group including the heads of the charities Ehlers-Danlos Support UK and The Ehlers-Danlos Society, and John Molyneux, a businessman from the Isle of White whose grandson Rudi has EDS.

Professor Aziz introduced us to his colleague Lisa Jamieson, who has hypermobile EDS and found ‘the EDS diet’ through experimenting on her own body while recovering from a Cerebrospinal Fluid leak. The diet has transformed her health and also altered her career path. Her advice quickly became vital, and she’s also been really fun to work with, which is important in a voluntary project!

We need to raise £250,000 to fund the research, which isn’t going to be easy or quick. We badly needed a marketing tool so we decided to make a short film. Making films has been an occasional hobby of mine for many years. I once made an 80 minute documentary about my sister’s pregnancy with her second child. We hired a production company as we wanted a very professional end product. Spending a day in London filming is well outside my physical capabilities, so instead I was asked to write the script and manage the editing process. We made two versions of the film, of differing lengths. You can see the full version of our film ’12-24′ below. The title is derived from recent statistics which show the average age of onset of symptoms of hypermobile EDS is 12, but the average age of diagnosis is 24.

We found the young people in the film by posting an advert on the EDS UK Facebook page asking for volunteers. It was really hard to select a few from many audition films sent in. I’d like to thank Bethanie, Cat, Lucy, Ruby and Rudi for taking part. They and their families have been so supportive and helpful, and as you’ll see they all performed brilliantly in the film!

The director, Jonah David Klein, kindly gave me the raw footage from filming day, which I’ve since edited into three trailers for ’12-24′ and two other short films. One of those films is a short interview with Professor Aziz which you can also see below. Together with 12-24 they form a convincing argument for using nutrition as a management tool for hypermobile EDS. If you need further persuasion you could also watch Lisa Jamieson’s presentation at the recent EDS UK conference ‘Why Nutrition is Important’.

I hope you like the films. If you’re interested in donating or raising money please get in touch. You can read more about our project on the EDS UK and The Ehlers-Danlos Society websites.